Truth be told, I haven’t seen most of them even otherwise. This is a huge country, and traveling takes time, money, and effort. Who but the most privileged have these things in abundant supply? I guess I will see these wonders when I see them. I am not big on making plans anyway.

In any case, I do not have to worry too much about my lack of exposure to fall foliage! Because even humble Indiana puts up a respectable autumn show. We tried to catch up a bit, and here are some pictures to show for it.

Pokagon State Park is near Angola, Indiana – about an hour or so from home, more if you take the country roads. Country roads are great with none of the rush and din and impatient drivers of highways. You must take them on your leisurely trip to observe fall foliage. For maximum leisureliness, you must take the time to visit the coffee shop in Angola town center and drink their coffee and taste their pies. 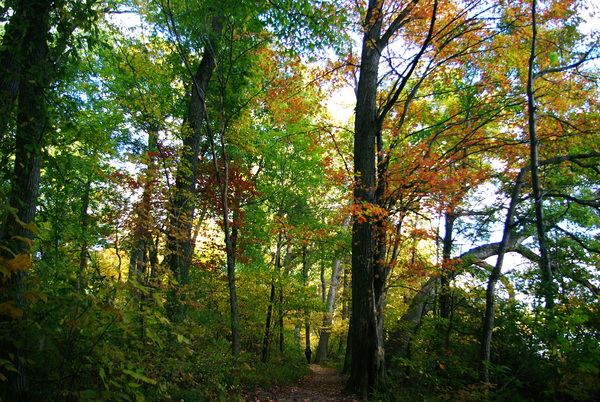 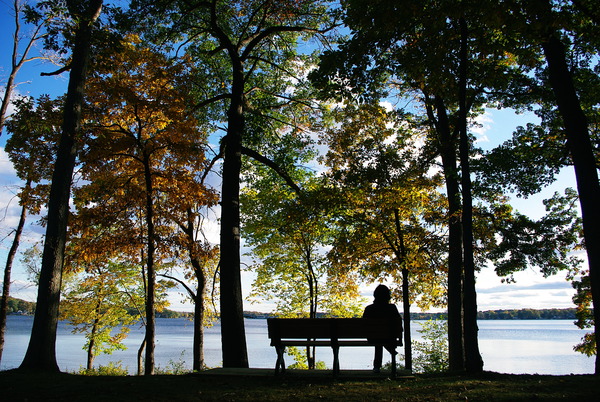 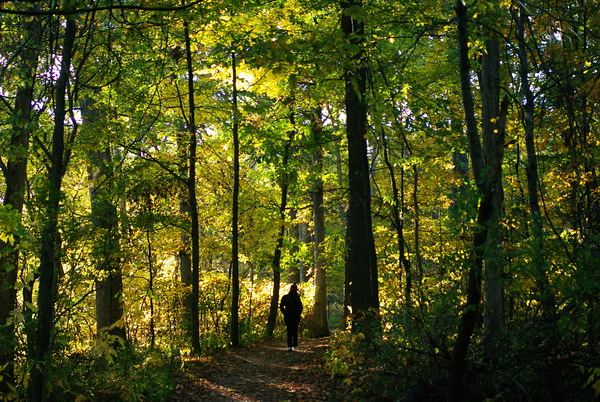 Chain O’ Lakes State Park is less than an hour from home. Thankfully there are no highways leading there. The big attraction here are the nine connected lakes. The friendly DNR (Indiana Department of Natural Resources) staff will rent you boats and paddles for a small fee. Or bikes, if that is your thing.

(The other big attraction for us is a farmer’s house near the park. They sell eggs on a honor system – you take eggs, you leave money. We have never seen the human owners around, but the hens are always around. Thank you hens and their humans! Those are are some of the freshest and most delicious eggs we have ever tasted.) 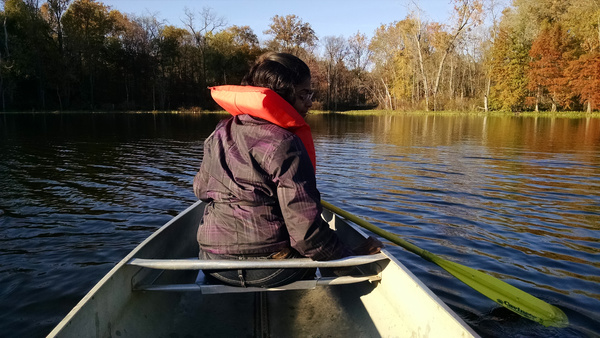 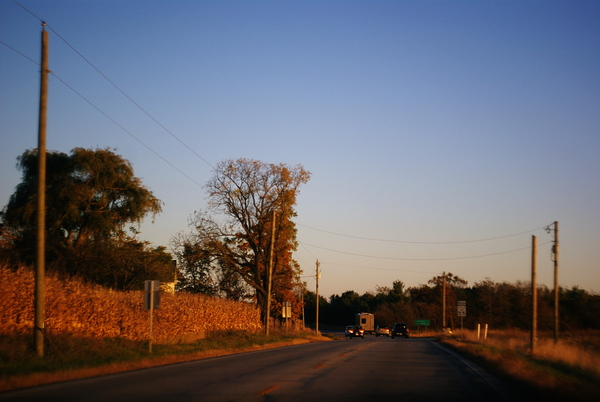 Lindenwood Nature Preserve is a relatively modest affair: 110 acres or so of wooded area, with a small lake in the middle. The preserve is managed by the City of Fort Wayne, and, quite conveniently, it is within the city. Sadly the preserve closes at the end of fall season, to reopen in the spring.

(Right next to the preserve lies Lindenwood Cemetery, another 175 acres of strolling space that also happens to be open year-round – if you feel like finding peace amidst the dead, year-round.) 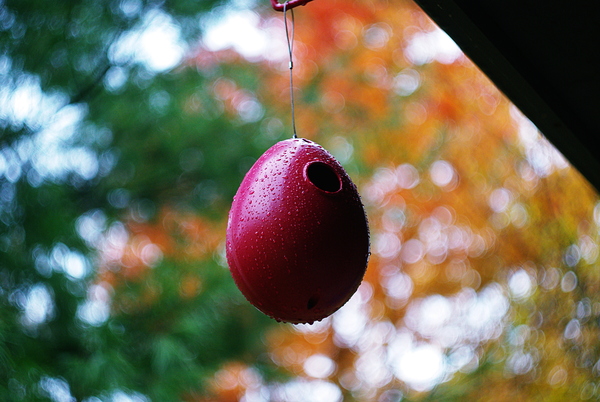 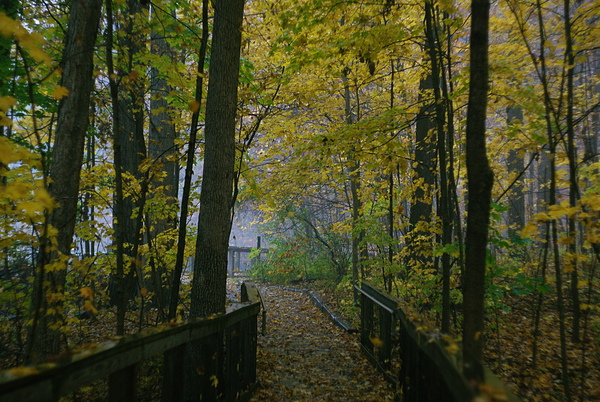 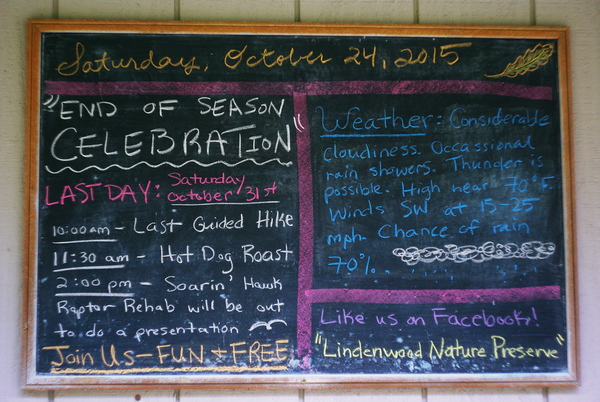 Fox Island County Park is just nine miles from home. Given the shortness of the drive there, and pleasantness of the place, it would seem that we don’t appreciate it enough. We planned on going swimming in the lake there in the summer – a plan that did not actually materialize, as you might suspect. See you one of these summers, lake! 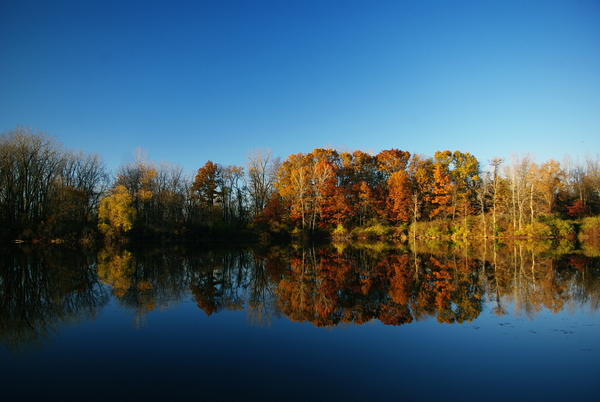 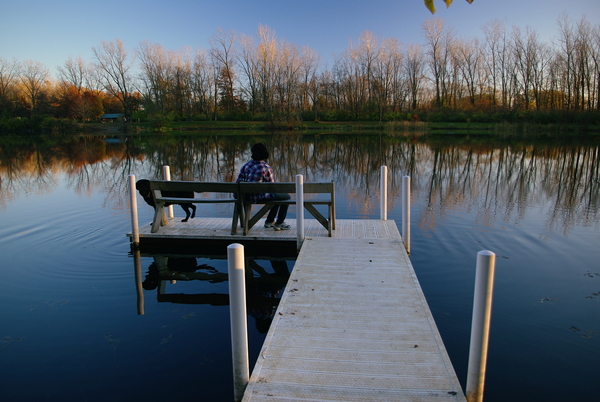 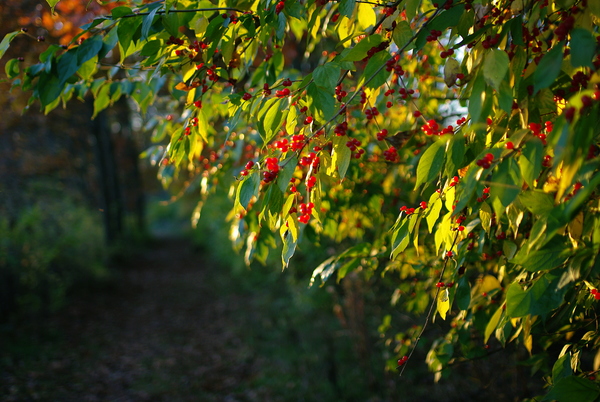 You know what? It seems that a person can be quite content with these small yet priceless pleasures, without having gone anywhere great or famous. I am grateful for these places, and the people and the agencies that maintain them so well.