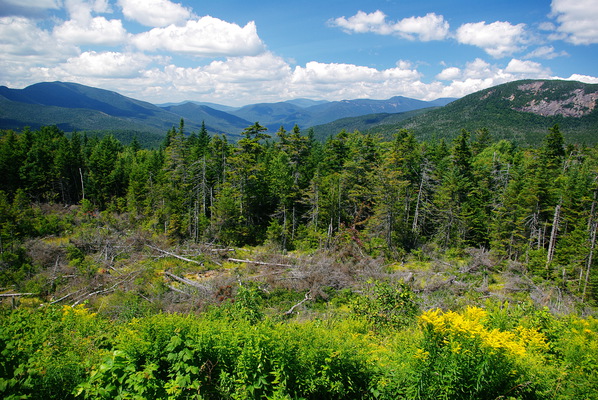 In our New England summer, we also got to spend some time in New Hampshire. Visited a friend (a second time in two weeks – these are some very patient people), then drove to White Mountains National Forest.

The White Mountains are a mountain range covering about a quarter of the state of New Hampshire and a small portion of western Maine in the United States. Part of the northern Appalachian Mountains, they are the most rugged mountains in New England. The range is heavily visited due to its proximity to Boston and (to a lesser extent) New York City.

The “heavily visited” part turned out to be quite an understatement: we did get to see a little bit of the park, but we also spent a very long time in the slow-moving traffic. We abandoned all plans to climb Mount Washington, and drove to our next destination: a permaculture farm in Dorchester, NH, where we spent the night. 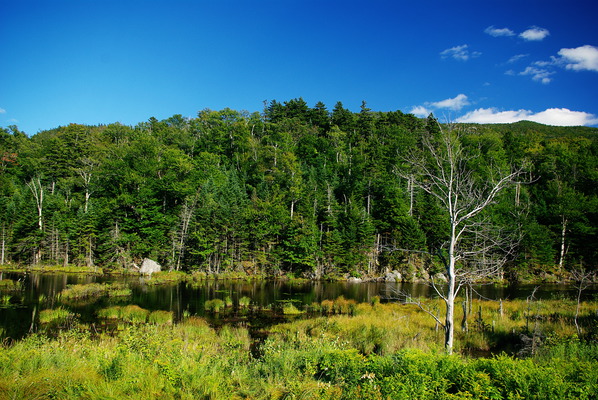 There was this piece of verse, framed, on the wall at the Mount Washington visitor center:

Yuh can have yore city buildings,
With their twenty stories high,
An’ a janitor tuh warm yuh,
An’ a roof tuh keep yuh dry.

And yore pretty painted windows
An’ yore rugs upon the floors -
Yuh can have ‘em an’ yore welcome,
But I’ll take the great outdoors.

I’ll take a hoss an’ saddle,
An’ a blanket for a bed,
An’ yuh can have yore cities,
But I’ll take the world instead.

Where the roof is made of starlight,
An’ the floor is made of sod,
An’ the walls are trees or mountains,
An’ the janitor is - GOD!

I’m fairly cynical about the “GOD!” proposition, however useful the notion may be. But I do get the point, I think: the idea of a place, where the roof is made of starlight, and the walls are trees or mountains, is very appealing, and very romantic. A beautiful forest, heavily visited by city-dwellers, is perhaps the right place for such propaganda.

D Acres, the permaculture farm, proved to be the right antidote for the soreness left by the heavily visited national forest. First, there was the farm-fresh food for dinner to receive us. Then there was the first sunrise I witnessed in a long time to wake me up, early in the morning.

Life in the countryside begins quite early in the day. My life as a farm boy, however, is now a thing of some distant past; and so I was moved to see the morning breaking so gloriously. Then there was a library, well-stocked with books on all interesting topics: farming, woodwork, philosophy, politics, fiction, music, you name it. This must be what makes the New England winters worthwhile. 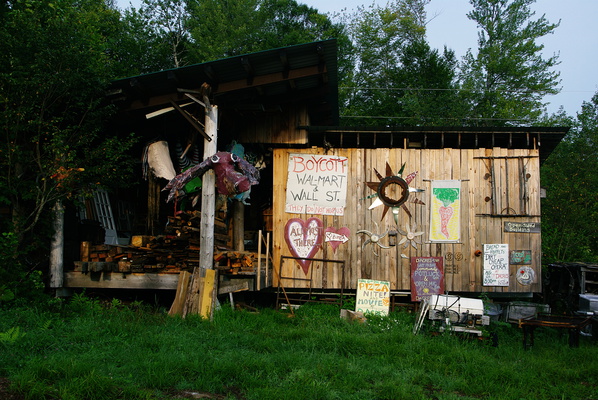 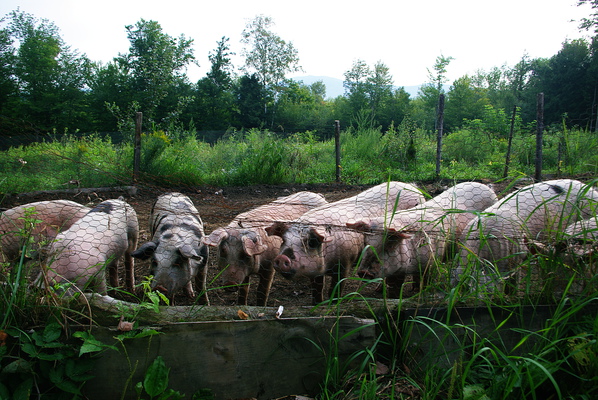 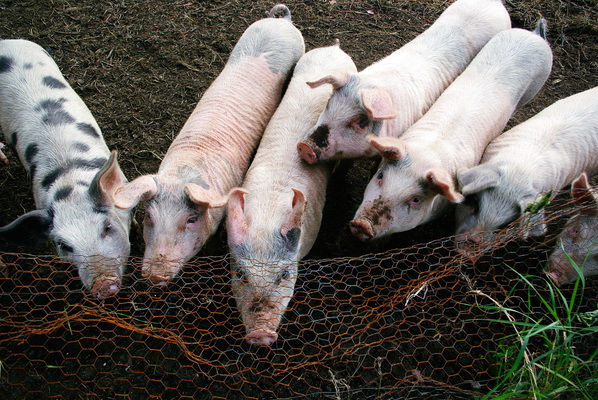 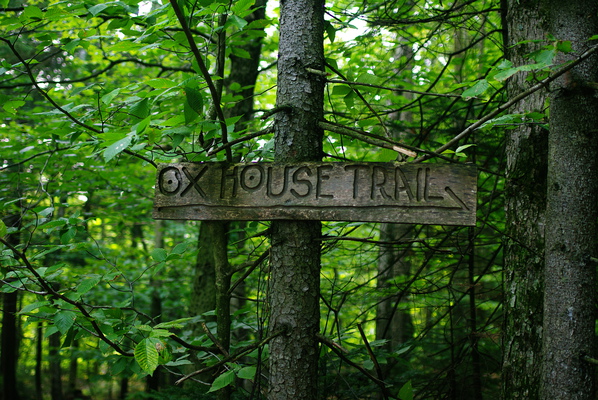 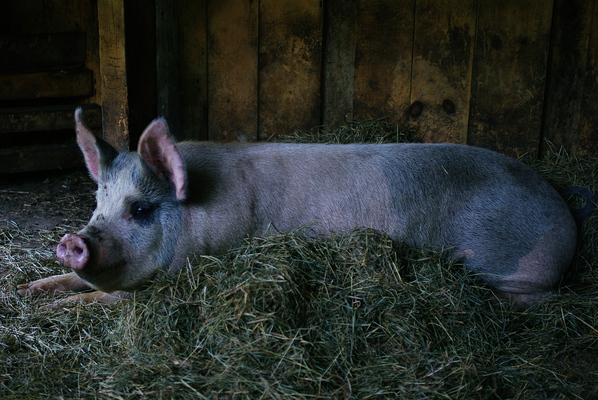 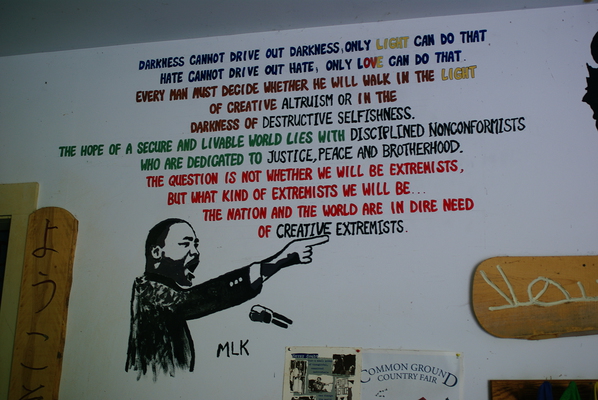 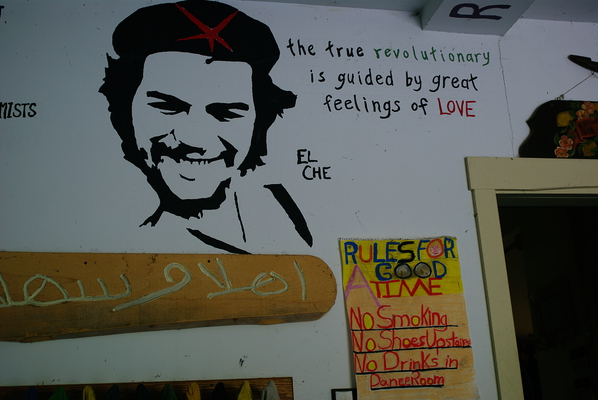 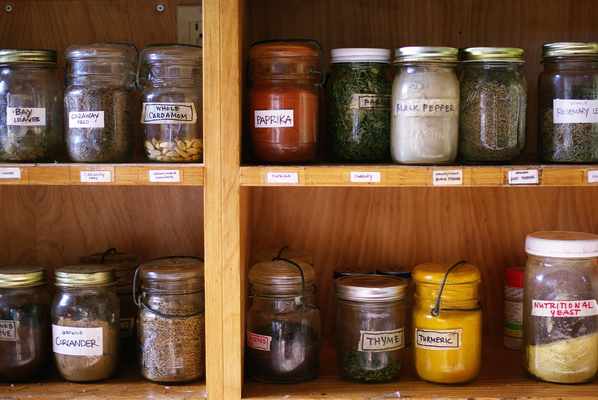 Before leaving, we did this little tour of the farm. There was more farm-fresh food for breakfast. D Acres mentions hiking trails and a local swimming hole in their website, and on hindsight, this perhaps is where we should have spent more time.

But then, you live and learn things, mostly about yourself.